MainOne, the leading connectivity and data center solutions provider has launched a campaign initiative. This initiative will allow for a digitally transformed Lagos.

The campaign with the name ”Digital Lagos: Broadband for All will have broadband infrastructure deployed across the state.

Less than a decade ago, the internet was a mere thought to the common Nigerian. This in return, stunted communication and overall growth of Nigeria and Nigerians. However, the introduction of the internet and fiber networks have made a great difference. In fact, it is safe to say that a lot of business also sprouted up with its existence. In addition, it has also increased virtual offices and business. 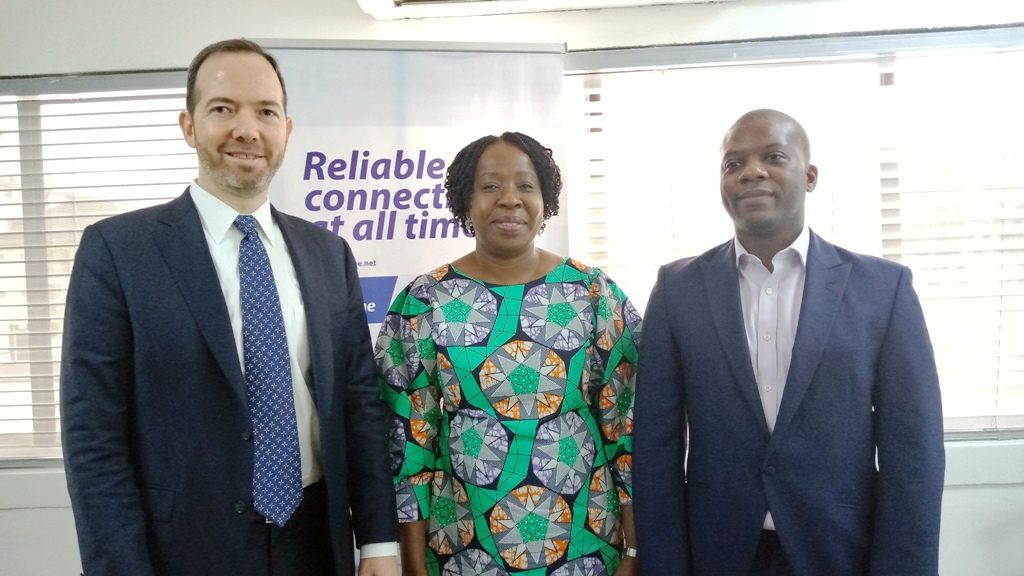 The online world is a vast and infinite world with so many possibilities. With the existence of MainOne, however, it has made the online world even faster and easier. The company is the first to bring in 4G network fibers in all of West Africa. This boosted the connectivity level in West Africa, thereby increasing the Economy of the countries. Recently, there has been a new and interesting plan for a more digital society in Lagos. This plan is sure to have great positive effects on Lagosians while helping to boost up the economic growth of Lagos.

MainOne’s ambition for Lagos is inspired by the vision of the Lagos Governor Babajide Sanwo-Olu. Sanwo-Olu is a visionary who believes in a better society for all. In this regard, one of the best solutions to this is connectivity. Connectivity allows for easier access to so many opportunities and information. In addition, the government will benefit from its endless possibilities. Sanwo-Olu’s vision is that:

Technology will improve the rule of law, education, ease of doing business and government processes of Lagos.

With the effectiveness of MainOne, Sanwo-Olu’s vision can be met effortlessly. Funke Opeke, Chief Executive Officer of MainOne had this to say at the campaign launch organized in Lagos.

MainOne is pleased to have the opportunity to present its plan for Digital Lagos, a proven path to ubiquitous broadband connectivity. This plan will involve the investment by MainOne of over N25 billion over the next 2-3 years to develop critical fiber optic infrastructure to enable broadband services across Lagos state.

MainOne’s involvement is critical to the development of advanced digital technology in Lagos. The company is open to collaborating with the Lagos State government, and relevant stakeholders to build a digital Lagos. This is intended to help citizens from all facets of life realize the benefits of broad, sustainable economic growth, health, modernized education, and other services delivery and as well improve the quality of life. With the involvement of the company, connectivity issues in different parts of Lagos will become history.

The company has pioneered investments all across West Africa, Nigeria, and Lagos. Over N120 billion has been funded by leading African banks. The company has proven its ability by expanding and densifying localized fiber networks in Ogun and Edo states when they deployed about 1,000kms of fiber. This happened in partnership with Facebook. The aim was to expand broadband access and connect government institutions and other areas of interest.

During the campaign launch Mr. Judah Levine, CEO HIP Consult made a presentation. The company had worked with MainOne in developing the concept paper and implementation plan for Digital Lagos.

MainOne will continuously invest in Africa as it is one big step into achieving a successful platform for other continents to invest in. The project is expected to span for 2-3 years. Thus, Lagos will become one of the first digitally-inclined city in Nigeria.

The company’s result will be massive. It will provide essential connectivity to important state institutions. This will also cover over 300 government agencies, Telecom operators and ISPs, and up to 10,000 State CCTV locations. In addition, it will cover Smart City components/IOT devices, public Wi-Fi hotspots, and Enterprises.

In Lagos, MainOne has covered major population centers. It also provides connectivity for startups like ccHub, Flutterwave, Andela and Paga.

The Digital Lagos is slowly taking shape. Not only would it be a great opportunity for business within Lagos but would also be a great advantage for business outside Lagos. Thus, attracting more customers to the virtual Lagos markets. What makes this interesting is the fact that the majority of the business dealings would not necessarily require a physical visit.

We believe this is a great innovation in the African world. It is also most likely going to make data affordable for all. In addition, creating awareness will also help to a large extent. This way, Lagosians can utilize what has been provided well enough. Since 2010, MainOne has made a great impact in connecting Africa to the world. So, it is safe to believe that the digital future of Lagos is in safe hands. With the support of the government as well, this budding plan can easily become a reality that everyone can benefit from.

While Lagos hasn’t gotten to its proposed plan, it is progressing. With so many street hotspots, people can easily connect to the very fast wifi for really affordable prices. Therefore, it means that in the next 3 years, connectivity will be more accessible and cheaper. With the optic fiber, government offices and institutions can thrive even better, drawing Lagos closer to the advancement of the First world. The possibilities of the results are endless and one can only imagine the positive effects it will bring to Lagos.